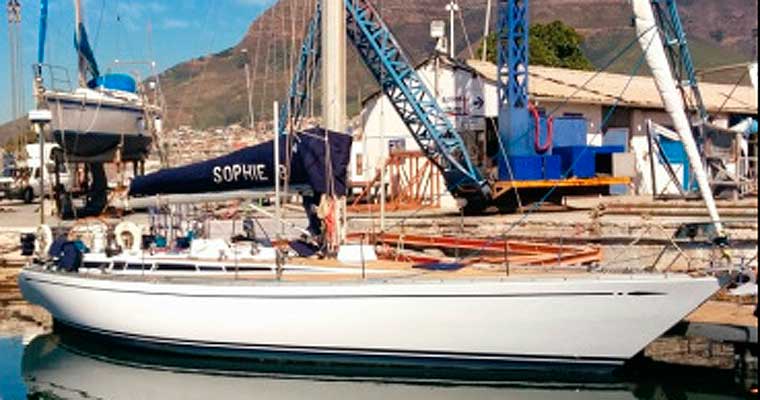 ‘Sophie B’ is a Swan 411 from the design board of the famous American firm of naval architects, Sparkman & Stephens, and was built by Nautor Swan in Finland in 1978. Her first offshore race was the notorious 1979 Fastnet Race, which she endured but did not finish.

Her current owners (Tom and Harry Moultrie) bought her in 2014 to campaign in the 2016 Cape to Rio race and have spent the last two years preparing her for that race. She will be racing the 2016 Mossel Bay Race with her Rio-bound crew of four: Tom Moultrie (a professor at UCT), Harry Moultrie (a medical doctor and researcher at Wits), Petri Salonen (musician), and Eric Goemaere (medical doctor with Medecins Sans Frontieres).