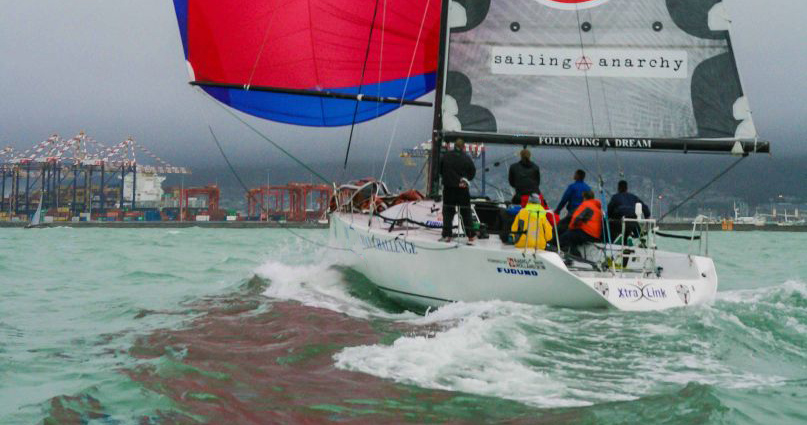 Yacht Radio Holland Gryphon, previously known as Gumption needs no introduction to South African Yachting. This boat under the ownership and guidance of Nicolas Mace campaigned and won every single main event in South Africa for a number of years. This boat is a real winner. Renamed to Gryphon, it returns after 2016’s 3rd Place in the MBR. Skippered by Theo Yon and crewed by a number of experienced offshore sailors, plus they will likely take one or two crew members who are still to cut their teeth on Offshore sailing. Gryphon has recently returned from Rio after competing in the Cape to Rio Race with mixed fortunes. They were doing well until their rudder failed, forcing them to complete the final miles of the race with a make shift rudder.. Well done for them for still finishing. After this, they needed to get a new rudder and have the boat sailed back to South Africa. Since then the boat has barely been on the racing circuit as they finish off a few jobs on their job list.