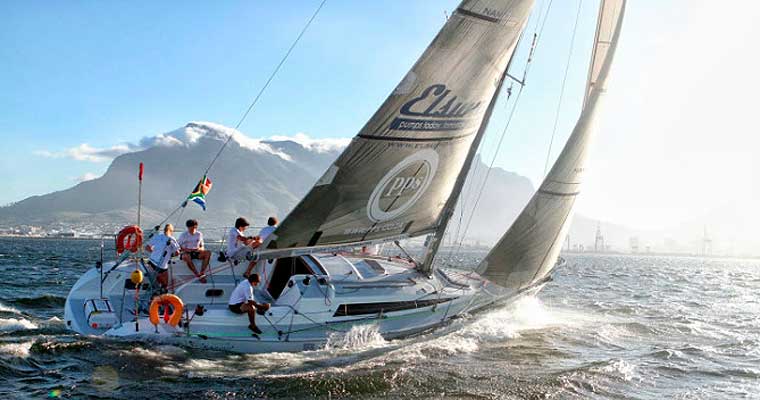 Dark Matter , recently renamed from Aladdin after being bought by Gavin Hamilton, is a Farr 40 , undergoing some extensive work in preparation for the Rio 2017 campaign. She is skippered by the super experienced Dave Elcock who will take a crew inexperienced in longer offshore racing  through their paces in this race. Dave Elcock grew up and cut his teeth sailing in Mossel Bay and the race route is a regular trip for Dave, so despite the inexperienced crew we are hoping for a good result as we build up for Rio.