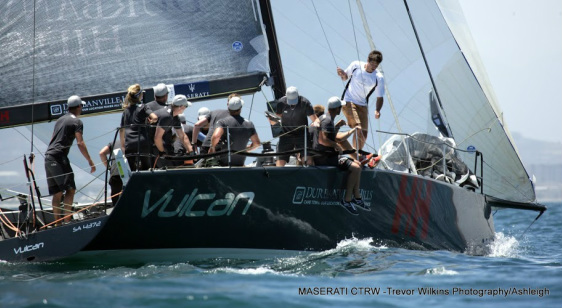 Vulcan was launched in 2007 to compete in the 2007 and 2008 Audi Med Cup Circuit. Built by King Marine and designed by South Africa Shaun Carkeek, well known for his designs of the Volvo Ocean race boats such as Puma’s Ill Mostro and the New Zealand entry “Camper”

In 2012, she was imported to South Africa from Spain and was converted and modified to compete on the local IRC racing circuit. The team has three IRC National titles including winning the Mykonos Offshore on two occasions.

Team Vulcan, who sails for Royal Cape Yacht Club, is the current IRC 1 South African Champions; their latest venture including the conversion from inshore racer to offshore racer will be to compete in the Mossel Bay Race and the Cape to Rio yacht race.