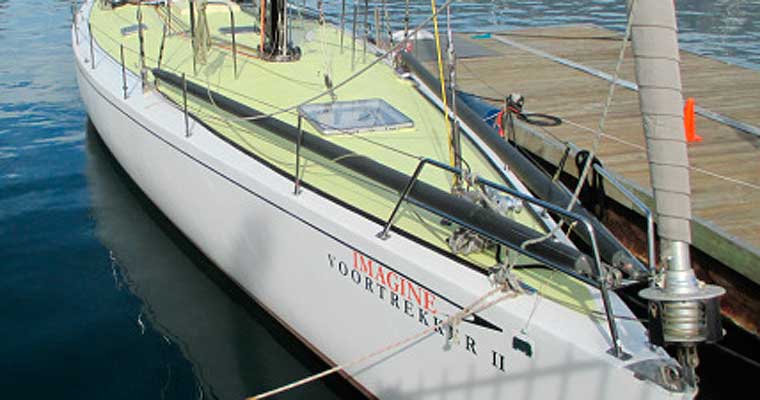 Voortrekker II was built in 1983 by the SA Navy and has an exceptionally rich sailing history, having been sailed by some of South Africa’s greatest sailors.

She was purchased in 2016 by Robert Hawley and Shaun Verster with the aim of competing in the 2017 Cape to Rio race, and thereafter using her to help promote sailing within South Africa.  She has undergone an extensive refit under the guidance of the experienced Mark Wannenburg, and we’ll be using the Mossel Bay race as part of the preparation for our Cape to Rio experience.  We look forward to a memorable experience, and the honour of being on board such a legend of a vessel!