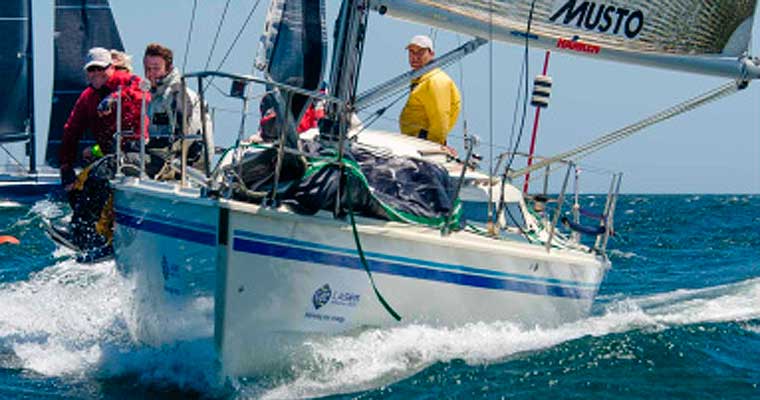 ‘Nuthr Witch is a Lavranos L34, sail #014, launched in 1987. She has been an active race participant in Cape waters for the past 5 years, with the current owner acquiring her in 2010 after many years of sailing her smaller cousin, the L26 (which incidentally was sailed as part of the MBYBC fleet in early 2000’s).

‘Nuthr Witch will be crewed by her regular racing team, that have enjoyed success local in club racing events. The crew is very keen to compete in this prestigious offshore regatta.